I'll Be Alone, Dancing, You Know It Baby

Tuesday...Feb 27, 2018.  Ballarat Regional Integrated Cancer Centre, Ballarat, Victoria. 3350.  Dear Mr Vernon, We accept the fact that we had to sacrifice a whole Tuesday in detention for whatever is wrong with us, and there is something wrong with us.  But we think you're crazy to make us write this essay telling you who we think we are, what do you care?  You see us as you want to see us...in the simplest terms and the most convenient definitions. You see us as a brain, an athlete, a basket case, a princess and a criminal. Correct?  That's the way we saw each other at nine o'clock this morning. We were brainwashed...

John Hughes, when he was on top of his game, pulled together an ensemble cast of character actors that seemed to appear in rotation in every movie, even when he had three movies coming out in one year. The original Brat Pack collectively shrugged their bony shoulders, gave up their name and handed it over to the young upstarts. These kids were Hollywood. I was probably the exact target age. They were the older, cooler kids. They taught me everything I know about being a teenager first with Pretty In Pink and The Breakfast Club and then adulting with St. Elmo’s Fire. I never play a sax solo without a bandana and ripped shirt now.

Scorsese had his De Niro, Burton his Depp, Hughes had, well, everyone. Nelson, Sheedy, Ringwald, McCarthy, Estevez, Lowe, Moore, Hall. But without Hughes, they all but disappeared from view. Had Hughes not died, and /or not become a total hack, I reckon he would have continued making films with this group forever. Sadly, the best we can hope for these days is a Winningham cameo in American Horror Story or Torchwood, but I fancy in an alternative universe they would have never stopped headlining the marquee. We could have had “65 Candles”, “She’s Having A Retirement Party”, “Pretty in Pine”, “Great, Great Uncle Buck”, “Ferris Bueller's Day Off Again Just Like Every Day Since Retirement Until At Last There Is The Sweet Sweet Relief Of Death…”

I was kinda hoping chemotherapy would be like The Breakfast Club. A group of nobodies and everybody's, Princesses and basket cases, brains, athletes and criminals all brought together to spend a whole day together in our collective punishment, bonding in detention. I thought we might get up to some comradely hijinks; maybe go for a sneak through the air vents when the nurses weren’t watching, smoke some medicinal weed, share some hard truths before making up over a makeover. I thought, in the days after, if we passed each other in the street, we would discreetly nod our acknowledgements even though we were back in our own cliques. We would always be The Breakfast Chemo Club. We are stronger because we had shared our vulnerabilities. We might never meet or speak again, but we would always share something special.

It wasn’t like that. In truth, nobody wants to know you in the Chemotherapy Day Unit. After checking in, in the early AM, we sat in the waiting area. Everyone else just came in and walked on past us to their clinics. We were still waiting when they all walked back the other way to the chemo room. Nobody came to talk to us. Nobody smiled and offered advice. Work it out yourself. Chemo is a private affair. When you grow up, your heart dies.

After finally checking in with my Doc, and bit of an unnecessary he said she said, you’re sent off to The Chemo Room. You’re escorted in, ticked off the list, weighed, and then sent to an assigned chair. I thought we might all be sat around together, maybe in a circle, maybe in rows, but no, you’re separated from your neighbours by opaque walls. Of course, we were. Why would it be any other way? This wasn’t The Breakfast Club at all. It was never going to be. We were going to spend the whole day on our ownsomes. I don’t think I belong in here.

If there is a Breakfast Club character I most closely identified with, it would be pre-makeover Alison. Realistically though, I’m Brian – the one everyone thinks looks a bit too young to be hanging out with everyone else there. Finding the other characters proved harder than I expected. There was one elderly lady with bright ginger hair. Not quite the full Molly, but she had a twin sister with her, so I reckon the two of them combined gets her over the line as a Claire. The ever-pleasant nurses were all way too nice to ever be pinned as a Vernon. If anything, Lisa could probably take the role of Carl The Janitor. Her job is to bring the tea and cake to distract you whilst the poison pumps in. She’s staff …but not really. She’s got more in common with us than the faculty. You reckon she’d turn a blind eye for you, tap you a smoke if you asked, keep edgey in the hall.

It’s something, but it’s still a long way short of a full club. I might as well forget it. Settle in, try and ignore the lethal poison being slowly pumped directly into my heart. Here’s a massive list of side effects to look out for. If this happens, hit the alarm straight away. They may or may not happen. Look out for them; try not to think about them. I can’t think of anything else. Maybe just keep the emergency button close. If it all goes wrong, it’ll come on really quick they tell me. Sure, I can relax. Look at your book. No, really, look at your book. Are my lips meant to twitch like that? Oh hello, chocolate cake. Yes, a cup of tea would be lovely. Sorry, I think there’s something wrong with my arm. No, I don’t think I feel sick. My cable has got all twisted up again. I think I’m having a cardiac arrest. Does Barry Manilow know you raid his wardrobe?

Once the first drug has gone through, there’s another three or four to go, with drip times varying between eight minutes and two hours, all combining to a total of forever and ever. By the way, that clock’s twenty minutes fast.

The nurses always kept me informed with what drug they were using next, what to look out. Eventually, I stopped caring, it’s all just words. It doesn’t mean anything, just background noise. I don’t really want to know what it’s doing to me. I’m sat near the toilet, so I get to see the other chemo club members as they pass on their way, all pushing their wheely hat stands of beeping machines and IV drips. Nobody looks my way, not even the Molly hybrid. I don’t think either of them gives a shit about me.

It’s nearly three O’clock. I’m unhooked from the machines, but I’ve got to get my take home diffuser bottle attached next. Got to make sure I’m properly poisoned. Taping the cables to my arm is fiddly at best. As the nurse straps me up with roll after roll of tape, an old brass school bell at the ward door is rung by some guy a red plaid shirt on his way out the door. Everyone stops what they’re doing, stands up and applauds as he slips through the door and out the unit. Lisa explains that you get to ring the bell after you complete the final session of your treatment. I’ve got six months of this to go before the bell rings for me. It’s a prison sentence. That guy has just walked free.

Cut to Bender walking across the football field. He thrusts his fist into the air in a silent cheer and freezes there. Fade to black, roll credits. 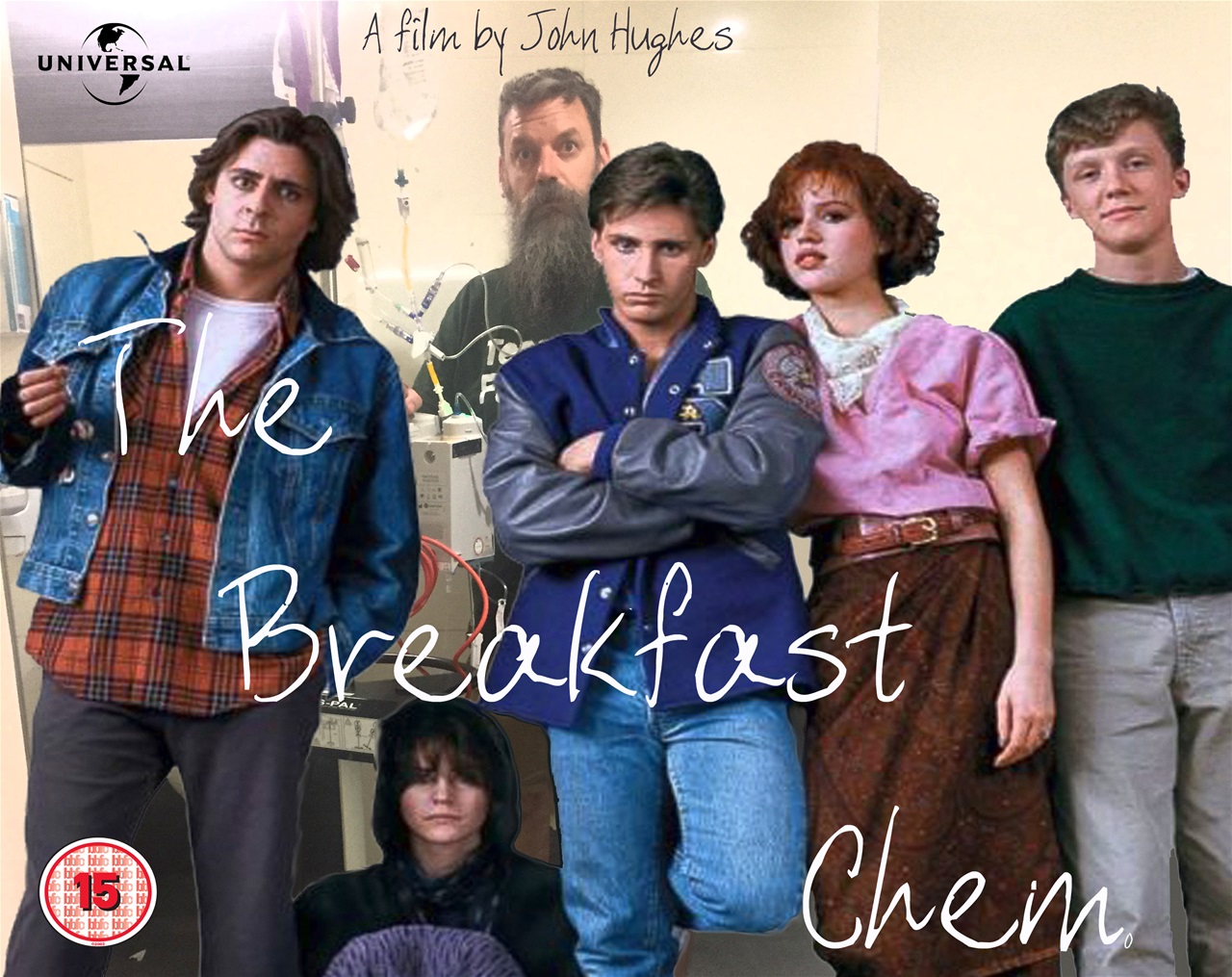 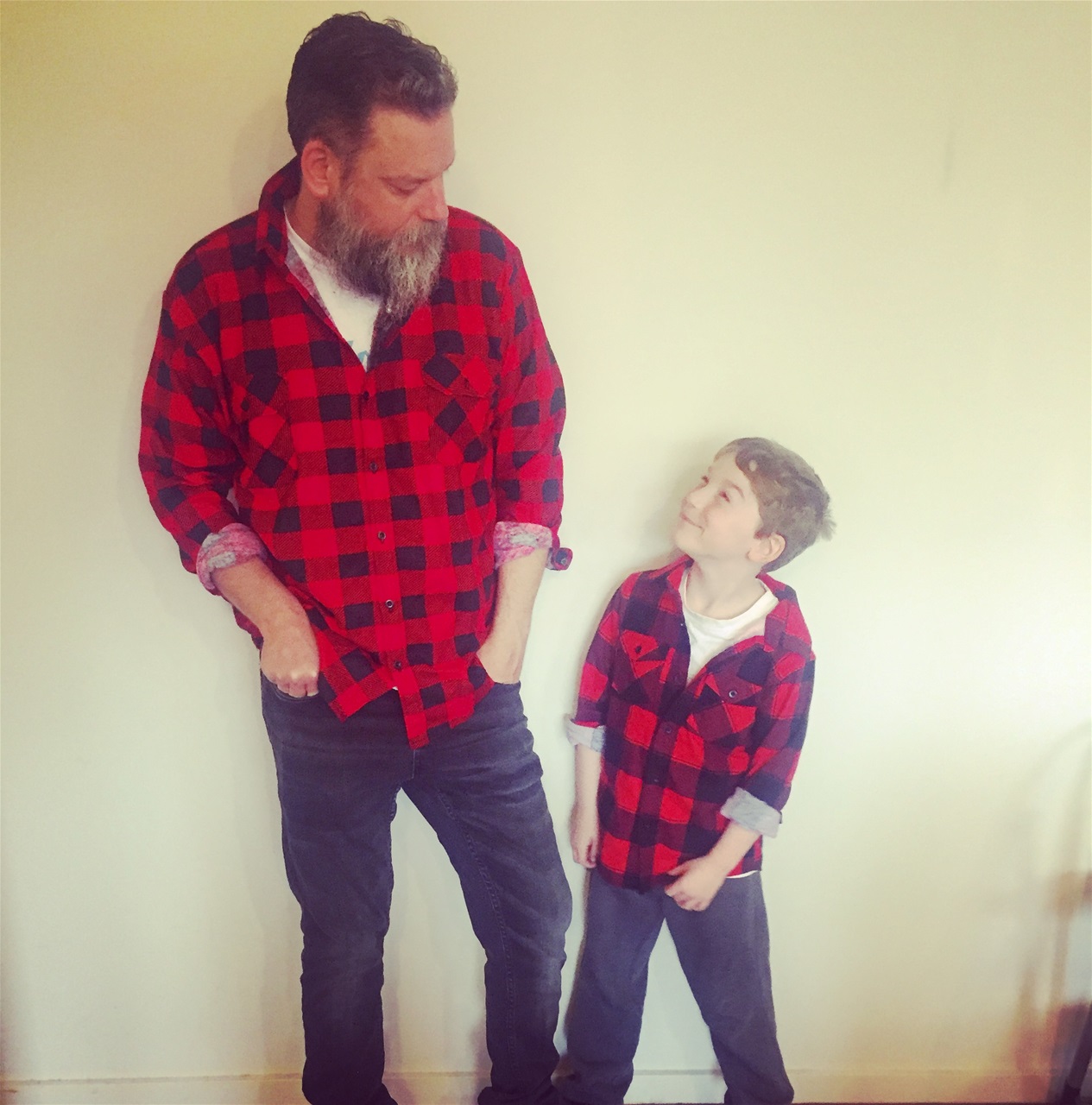 Does Barry Manilow know you raid his wardrobe?