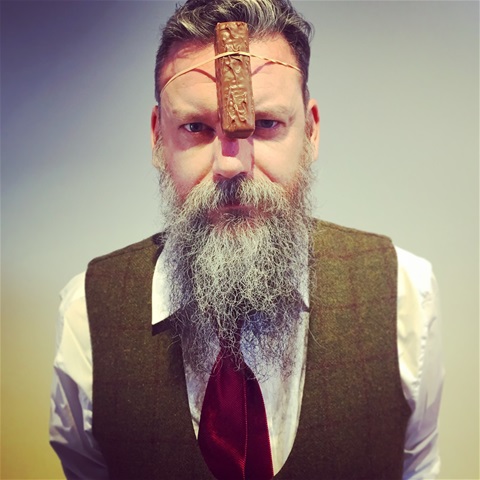 Still Klinging on...today is not a good day to die.

Someone once told me that there are only seven stories and that Shakespeare told them all. Everything since has just been variations on a theme. It’s an interesting premise, but it has one major flaw. Our stories are shrinking in number, and in the future, the total tally comes down to a meagre five.  Watch any season of Star Trek and you’ll see I’m right.  By Star Date blah blah blip blop, we’ll have stripped our storytelling abilities down to the bare Bones. See what I did there.

Throughout its many incarnations, The Enterprise has sailed boldly or otherwise through the same themes again and again. Whether it’s Kirk, Picard, Janeway, Archer or whoever, they all end up in the same five repetitive stories. And we, the audience, always go back regardless, because our aching souls are soothed but how the Federation always resolves it's politics by the end of the episode. Our favourite Captains always save the day in the same diplomatic, passive way, using philosophy and vaguely plausible science. We don’t need new stories, we just need Star Trek to keep reminding us that our species is so much better than the current political class would have us believe. Star Trek gives us hope, and we can numb the pain of the real world by reliving the fantasy over and over again.

Fans of the series will be all too familiar with stories of The Prime Directive, and the episodes that cover the  'human' rights that our bigoted Alien counterparts are so backwards about. Oh, how we laugh in relief that our future selves are so perplexed by blue aliens who segregate the green aliens or keep their females as slaves. It’s worth noting that I’m writing this on the 50th Anniversary of Martin Luther King Jnr’s death. The future seems to be accelerating away from us.

Another oft-repeated storyline is the transporter accident. The Transporter, for those less familiar with the future, is a machine that converts people into energy patterns, which are then beamed to another location and reassembled. Much the same process happens if you’ve ever eaten a Mrs. Mac’s Sausage Roll from a servo, it always rematerializes at the other end some hours later, completely unchanged. The Transporter, beyond being a budget-saving device for the scriptwriters, is one of Sci-Fi’s greatest daydreams. Just think, a machine that can disassemble a living person and beam their atomic data across space to a predetermined point where it will be reconstructed to the exact same specifications and dimensions in the blink of an eye. Pffft.

So it’s really quite concerning that the staff at the HMS Enterprise treat the Transporter so shittily and so often, and then act all arsey when of course it fucks up. Did nobody ever tell them to look after their tools, or maybe read the instruction manual? The first time we saw the Transporter spectacularly cack it was when Kirk forgot to wipe some stains off his jeans in the episode The Enemy Within. As socially embarrassing as piss jeans are, it gets worse for Kirk as he is split into two versions of himself when beamed back on board, all thanks to the wet patch. One of the versions of Kirk is essentially hopeless, and the other angry and prone to bouts of delicious overacting. The big mystery in this episode is that anyone spotted that there was ever something amiss.

In an unrelated Transporter Accident many years ago, I was working on a show, and needed to hold a ladder a for a colleague. Fortunately, no-one was hurt on this occasion because we were stopped on the first rung and asked to watch a video on ‘holding a ladder correctly’ by the local government authority who owned the venue. It’s all thanks to that video that I’m still here and able to tell the tale. Of course that was the good old days of the past, and this isn’t one of those time travelling episodes. Nowadays everyone is so risk averse I wouldn’t even consider holding a ladder. I’d get a contractor to do it - not to hold the ladder but to watch the video, just in case the machine blew up and killed me. It’s just not worth the risk.

Worry not, as such fear of workplace accidents is clearly no longer a concern in the future, as the boffins of the Federation aren’t all that interested in basic OH&S. No, no wasting time noting down the statistics on Transporter accidents, studying them, learning from them, submitting HIMS reports, working with colleagues to develop safety protocols, no mandatory training days or annual certification. I’m a little saddened that Scotty never refers to EU Transporter legislation, did Brexit really happen then? So, in the future,  everyone is doomed to repeat the same mistakes over and over again ad infinitum. Personally, I blame Thatcher for destroying the Unions. However, the scriptwriters breathe a sigh of relief, as the lack of workplace safety provisions mean they get to rehash Kirk’s stained trouser story over and over again. It’s reappeared as Reggie And The Space Worm, Picard Becomes A Shitty Brat, The Double Beard Of Riker, The Tuvok Neelix Hybrid Nightmare, Dormant Scotty, Mirror Universes and that old chestnut, the faulty holodeck amongst many others episodes. Note, Holodecks are also apparently not on the bi-annual hazard analysis spreadsheet either. I’ll be mentioning this to my rep by the way. Tick.

But for all the arsey things that happen with Transporters, I’ve always been concerned that no-one ever complains on the other side of a good beaming that they feel like they’ve died a little inside. Because they have, completely. They’ve been killed, pulled apart, disintegrated to the point that they’re beyond brain dead because their brain no longer exists as a physically integral structure. In the nanoseconds between disappearing and reappearing, the transportee has entirely ceased to exist. Their record skips, their song is corrupted. Chemo is like this. It strips you down from the inside. It dematerializes your entire anatomy, killing not just the cells you want it to kill, but every living thing inside you. It’s breaking you down in the slowest transporter particle beam ever. I can feel it erasing me. I can feel it burning my shins from the inside, destroying my taste buds, zapping the nerves endings in my fingers and toes. I can feel it pulsing through me, purging me, killing me. I feel hollow inside.

There’s never been an episode of Star Trek where someone is cured of Cancer by beaming them somewhere and having the Transporter filter the tumour out because we assume that we’ll have cured Cancer by 2364. We assume that Dr. King’s dream will be a reality. We assume a lot, and maybe it makes us passive, but hope is all we have sometimes. You hope that after 6 months of the chemo–transporter destroying you, you will be rebuilt as you were before, intact and healthy, beamed back onboard safe and alive and exactly as you were. But we can’t be, can we? Our transporter is not perfect. We don’t need to treat the transporter room shittily like the Enterprise crew to know that we are not left untouched by this. Even if Scotty can find our signal and pull us back from the brink in the nick of time, we are never going to be the same again, and nor will those close to us. But we’re not meant to stay the same.

Over the last year and a half, I’ve changed a lot. Physically yes, mentally undoubtedly. I now have all these implants, in my heart and my arm. And just like The Borg, I now carry a whole lot of implant ID cards in my wallet, just in case I hit my thumb with a hammer, incorrectly hold a ladder for a colleague or enter a time travelling wormhole to Earth’s distant past where I can alter the course of history / conquer mankind, and someone needs resuscitate me.

I can’t see much further into the future than the next cycle that begins tomorrow. It’s back to the old-fashioned, barbaric ways of the early 21st Century. More burning on the inside. More dematerializing. More hollowing out. More fatigue.

I flip open my communicator. There are the familiar pips. I lift it to my lips. 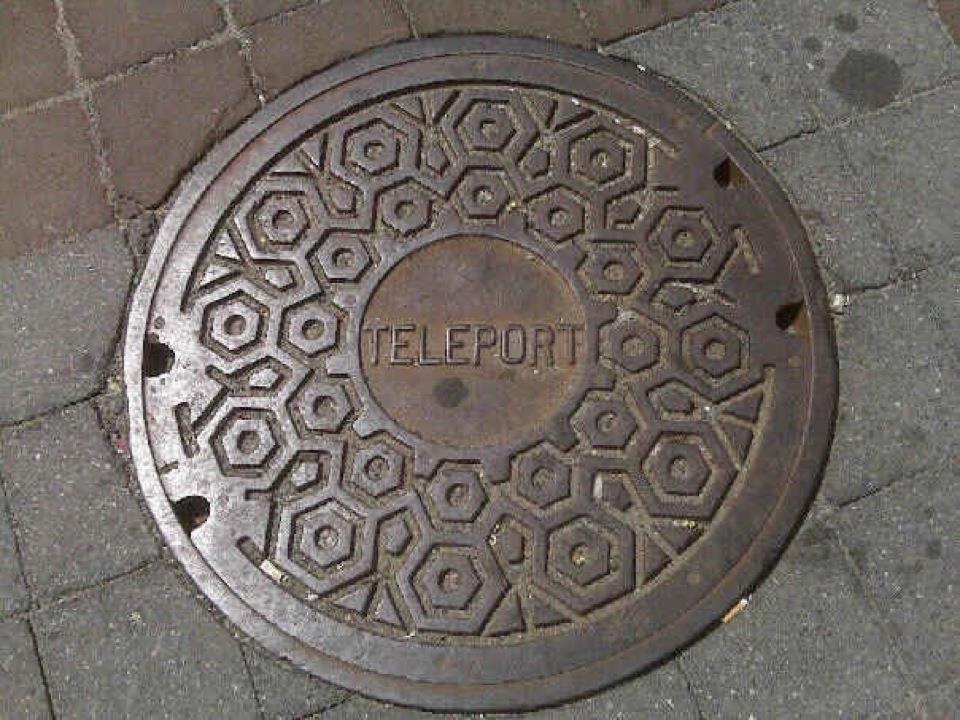 Nothing yet. Will give it another ten minutes and then I'm going home. 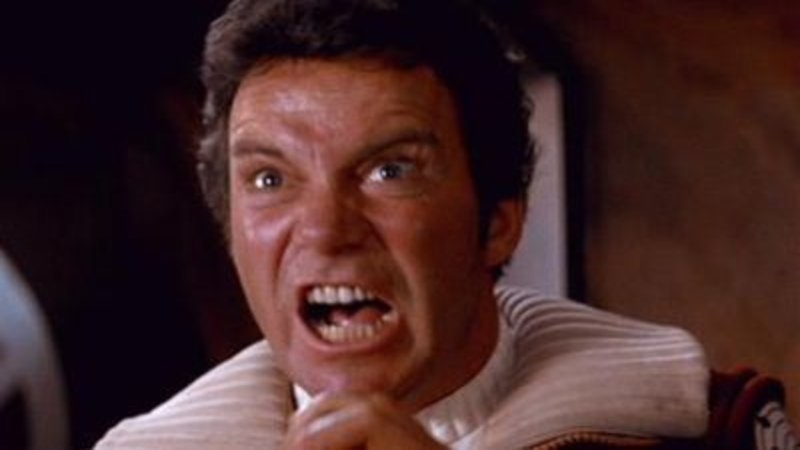 6. The Highs And Lows Of Annihilation/