The Highs And Lows Of Annihiliation 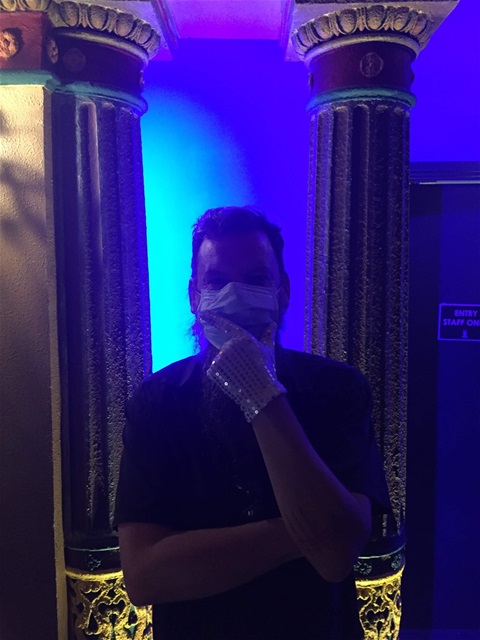 What is culture? A few weeks ago I was at work, staring at those very words on a projector screen. The question related to workplace culture. My inner monologue was ironically not really doing much to improve workplace culture because, rather than concentrating on the ensuing presentation and discussion, it had gone skipping down a tangential yellow brick road, lined with art and music and film. It was so pretty.

What is culture? Is it the flowers I stopped to smell by the roadside in that daydream? Or is it the mushrooms, spawning under the trees beyond the yellow road where the forest looks dark and tangled? Is it a little fungus in a petri dish in an underground laboratory, threatening mankind? What does it mean to be cultured? Do you sit in a theatre and spore? Do you go to a gig and nonchalantly puffball? Maybe. It’s not as terrible a definition as it first appears. I mean, shouldn’t Artists create where we don’t expect it, in the hidden corners, forcing us to confront the dark shadowy under parts of society and ourselves? Consumption of culture shouldn’t be undertaken lightly, spores require a degree of care and consideration.

What is culture? This week I willingly traded my online data, and in doing so gave Zuckers and Cambridge Analytica a free hand to abuse my data in their ongoing mission to destroy democracy and install far-right populist movements into power. This was in exchange for the results of a quiz entitled ‘What class are you depending on how you consume culture?’ or something like that. It was a fair trade, democracy is overrated. The quiz asked me about my knowledge of various Aussie TV shows and musicians, and I answered as honestly as I could. Granted my results might be slightly skewed by the fact I know absolutely zero about Australian broadcasting as we don’t even have an aerial, but putting that aside and taking the result as pure unadulterated academic research gospel, it confirmed my worst fears. Whilst I might consider myself a socialist, feminist, anti-racist and anti-fascist, it turns out I’m still a bit of a cultural snob. My results said I was Upper Class. Sigh. Champagne socialist? Darling, it’s all about the Prosecco these days.

What is culture? Like art, chemo comes in highs and lows. Each chemo cycle begins with few days of anti-nausea-steroid induced amphetamine racing and accompanying lack of sleep, followed by a more prolonged low tide of exhaustion of the come-down, before the second whammy of fatigue hits you, a fug that no amount of sleep can dispel because it’s embedded in your muscles. Highs and lows. You can’t have one without the other. And you can’t have high culture without the accompanying low. I was ‘classically trained’ at a prestigious art school, it’s true, I probably am a snob, but then, I was in the one department that flicked two fingers at the traditional arts and went off in its own direction. We rejected the traditional white cubes of galleries and found joy in inventing and discovering new platforms for our work in the public sphere. We were public artists. Did that make us low brow because we were preoccupied with working at Streetlevel (Glasgow-centric pun intended)? I have no problems with that if that’s the case. I am, if it doesn’t sound too inverted, a connoisseur of the low brow, and not in an entirely ironic way. Of course, I enjoy classic cinema, foreign films, art-house shorts. I’m fine with subtitles. I’m a snob remember. But they need to exist within a wider spectrum or they lose their value. I genuinely love a good shitty schlock B-movie. And if we want to really think about culture, then I’d argue this distinction. High art timelessly transcends it’s own era to speak to us about universal truths down through the ages, being more pure in its ideas and execution and able to speak to subsequent generations about a human condition that never changes. Whereas the low art of bubblegum TV and movies tend to, intentionally or not, more accurately reflect the social mores, values, politics, power dynamics – the ‘culture’ – of the times in which they are made. High art tells us about who we are, low art tells us about who we were.  Don’t discount the blockbuster or the straight to video release, you’ll find a lot of culture growing at ground level amongst the dropped popcorn on the sticky carpet. High isn’t better than low, it’s just the other side of the coin.

What is culture? One recent movie that really wrestled with the dichotomy of high and low culture was Annihilation. It had all the makings of a Hollywood blockbuster, big stars, respected director and a mega-budget. Yet, behind the scenes, a culture war has been played out. One set of studio execs wanted to keep their vision pure, go for a cerebral, open-ended, vague plot that forced the audience to ask questions about the meaning of the film, and by extension, themselves. The other side of the table wanted to dumb the film down for the multiplex hordes, keep it logical, consequential, linear, straightforward with an unambiguous finale. The two sides never resolved their low/high tussle and the resultant film was buried on Netflix with little to no fanfare, with the studio decided to cop a loss on the chin. It’s an interesting film, but it never really commits to either side of the debate, it’s neither one nor the other. It’s not quite as glossy as it should be given the star billing, but it’s also unsatisfying signposted and at times derivative. If you haven’t seen it, it’s basically a big metaphor for Cancer. Cancer arrives on the back of meteorite unexpectedly, and without malice, it just does what cancer does. It grows, it survives and it spreads. Natalie Portman, whose character is a Cancer Researcher, goes to visit the Cancer Zone and is surprisingly surprised that Cancer is doing what it always does. She’s a bit of fucking idiot. She gets quite angry too. I’m not angry with my Cancer; it is what it is. Don’t get me wrong, I want to kill it. I don’t want my kids to grow up without a dad. But even though it’s my Cancer that puts that at risk, it’s not doing anything out of any preconceived viciousness. It’s just rogue cells doing something else other than they are supposed to. It happens all the time. We want it to happen. It’s how we evolve. Mutations are our way of improving ourselves over generations. Good mutations provide their hosts with an advantage over their competitors, be that in attracting a mate, escaping predators or finding food. The mutation becomes dominant in the gene pool because it’s more successful and soon become the new normal. It’s how we evolve. Cancer is the flip side of the coin. High and low.

What is culture? It’s doing something you’re not supposed to do. It’s going against the grain. It’s pushing new boundaries. It’s being the mutant cell in a body. It’s being the anarchist in the institution. That’s why, all those years ago, I couldn’t understand why anyone would want to go to Art School just to learn how to make art the same way as people had been doing for centuries. That was what we were expected to do. That was subservient, pointless, playing to the market and the man. Fuck them. I didn’t really appreciate it at the time, but we were carcinogenic. We had a motto in Environmental Art. “The context is half the work”. I still apply that maxim to everything I do to this day. I run a Community Centre and community development programs now, but it’s a motto that is as relevant to my work today as it was then. When you’re working with the community, context really is half the work – you have to know your people, the area, the history, the social makeup, the underlying issues. But what happens when you take a community member out of context? My context is Glasgow. It’s chips and cheese on Sauchiehall Street after a belly load of beers in Sleazys. It’s grey skies, cloud cover and chilling winds. It’s deriding banter with your friends that would make a grown man cry. It’s picking up dog poo under the spires of the University and Kelvingrove. It’s getting stood up on the Art School steps. It’s twiddly guitar sounds and bored singing of the usual suspect bands. It’s ten Benson and pint of diesel. It’s crossing the road at the sight of Burberry. It’s old friends who understand me when I speak fast. It’s an average life expectancy that’s lower than a man’s in war-torn Iraq.  It’s above average chances of heart disease, stroke, cancer and assault by a knife.  I’m a Glaswegian. It shouldn’t be a surprise to get Cancer at 43. But I’m out of context. I’m in Australia, the epitome of sunshine and smiley happy people. It’s literally a world away.

What is culture? I’m a pasty white face in a weather system that really requires a much darker skin to survive. I’m part of an invading force that’s pushed the indigenous people of the land to the margins. I’m part of a culture that’s eradicating 60,000 years of settled civilization, stealing the land, and literally stealing their babies, forcing intergenerational trauma, stealing the language, stealing their heritage and continuing a cycle of oppression by my very presence. Context is half the work. White Australia is a cancer.

What is culture? In Australia, it’s destroying everything that once flourished. It’s poisoning the waterholes. It’s a slow, controlled, managed death. It’s the highs and lows of annihilation. It's the Cancer Zone. Welcome to country.

Whilst you are here, here's a shameless plug for Elaine's marathon effort to raise some money in memory of Rhea - please give generously. 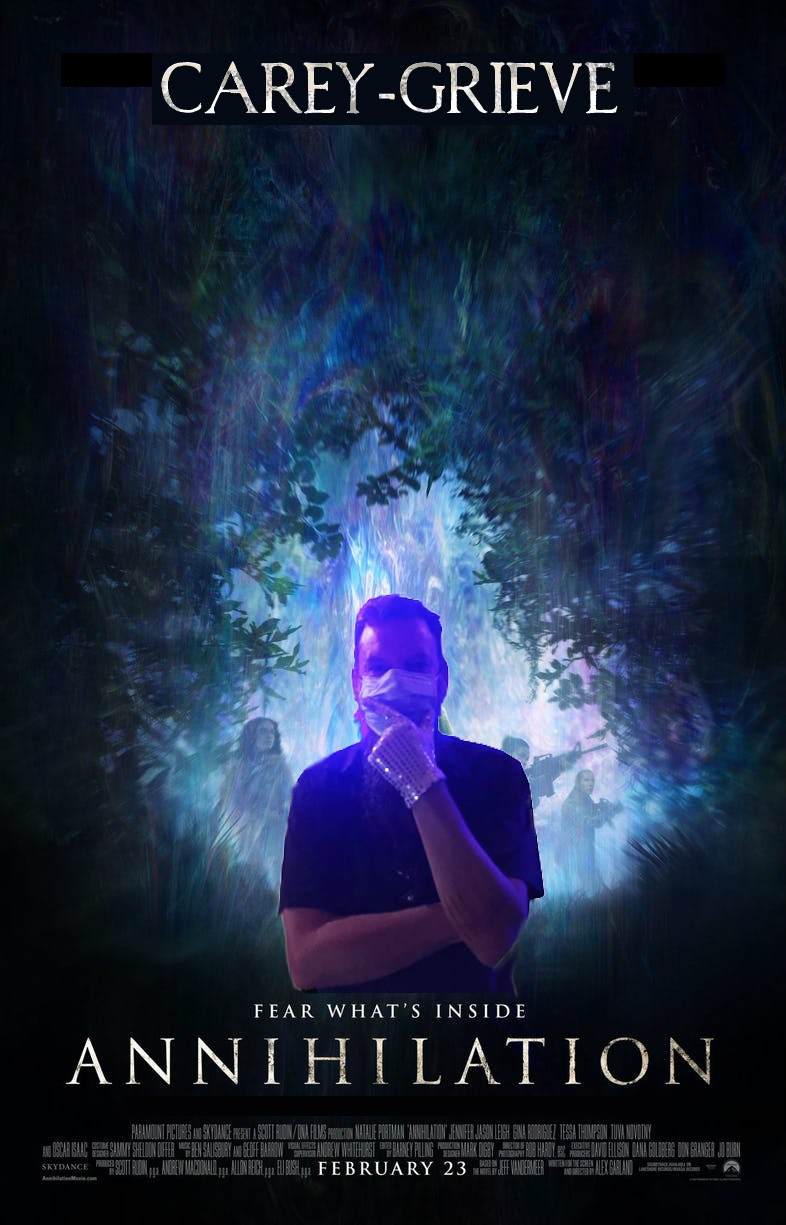 At last I know a snob!!
Amazing piece again Bob, your journey is tough, unjust and a big bag of shite (note the “e”) bit your making it inspiring , uplifting and thought provoking! I salute you sir!

Snobs. Together we are stronger. Or at least slightly more opinionated.